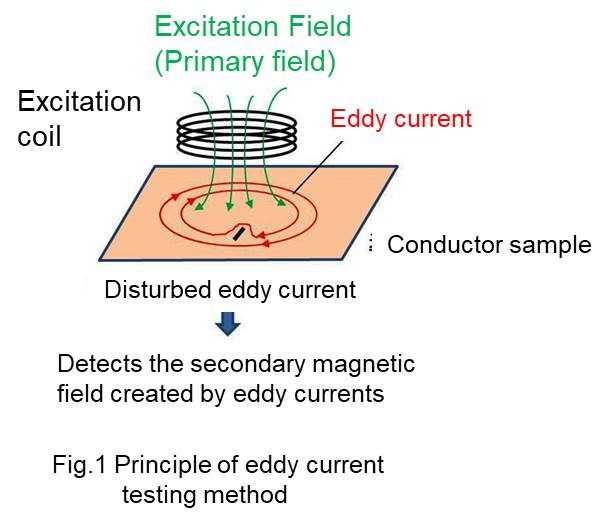 Recently, we have developed a three-channel SQUID eddy current testing (ECT) system on a hand cart for detection of a fatigue crack in a steel deck plate under an asphalt pavement used in an expressway bridge [6]. We could demonstrate a stable long-time operation of the ECT system on an expressway bridge in an urban area during the daytime and acquisition of correct data corresponding to some structural features of the expressway bridge. A part of this work was supported by the “Cross-ministerial Strategic Innovation Promotion Program” funded by JST.

＜ ↓  Click here for the actual video of the road test ：＞

We have succeeded in developing a high-temperature superconducting gradiometer with a balance of 1 / 10,000 under the research theme commissioned by the Acquisition, Technology and Logistics Agency. It is a technology that can be used to detect magnetic anomalies in the geomagnetism, such as archaeological site surveys and unexploded ordnance searches. The photograph below shows the field operation test of the prototype gradiometer. 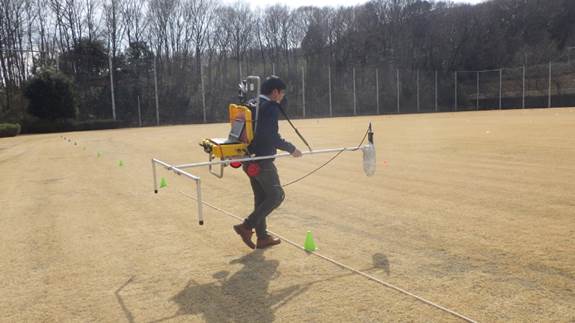